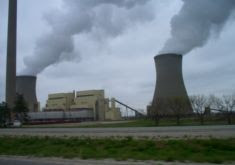 There is a fallacy called nuclear power. It generates less than one terawatt of power, of the 14 terawatts this planet uses. Folks, nuclear power is both dangerous and expensive. We would have to start importing uranium. Probably from russia. Nuclear power is a very dirty form of energy. Take a look at chernobyl if you need another reason. Also, while burning coal costs 4 cents per kilowatt hour; that figure goes to 11 cent per kwh if we use uranium.
Posted by CosmicCarl at 11:25 AM No comments:

Stocks drop because second quarter growing is easing. Hey, in lay mans terms this means that the recession is not over. OK so guess who never left the building - guess. Basically, it is our recession. It is still here with us. Well, it seems to me that prosperity is not just around the corner. Folks, what we sow, they same we shall reap. This second quarter slow down is just the beginning of woe. Good luck politicians that lied to us.
Posted by CosmicCarl at 7:58 AM No comments:

Face book is not secure

It is time to face facts for us. Face book is not secure. A hacker published data on 100 million users. Perhaps users will finally wake up. It is hard to have 500 million friends without making a few enemies. Having your data on a server is not wise. Take your data off the server. Not every one is your friend if you know what I mean.
Posted by CosmicCarl at 7:16 AM No comments:

OK in the event of a major catastrophe there would be problems with our internet universe. Perhaps people wonder why this is. A web expert was given a catastrophe key for the internet to restart is in the event of a global emergency. Hope this is never necessary. I believe there will be a third world war. However, the internet will survive.
Posted by CosmicCarl at 3:38 AM No comments:

Right now, you can purchase on ebay a Kodak HD for around 75 dollars, versus it will be like over four hundred for a canon camera. The Kodak is small and fits in your pocket even. However, the quality of the pics is not pro. People want quality and are willing to pay more. For canon this is good news. Sales are up. People are snapping up its new HD camera. In fact, sales of high end canon cameras are up in a poor economy.

I can tell you that selling cheap junk is not a good strategy for you. People want high quality and not cheap "dollar store" cameras.
Posted by CosmicCarl at 6:01 AM No comments:

Folks, our gov reports that - Home prices weaken, sales rise. Well, that is good, considering they hit a record low last month and have been down all year. People need to get ready for what is coming. It is getting scary.

All this stimulus and there is still an economic crisis. What I predict for the near future is what is known as a caloric crisis. That is as in lack of food and fuel to stay warm.
Posted by CosmicCarl at 3:33 PM No comments:

Here are the latest Time Reports from Steven Gibbs. OK, so far. he is now working on new devices that will be coming out soon. The inventor is considering making a big splash on the talk show circuit to speak about what he is working on. Well, so far much is hush hush, but I plan to post the latest developments on Time Reports as they appear.

Posted by CosmicCarl at 8:36 AM No comments:

Debunkers are like armchair archaeologists who never get their hands dirty digging in the mud for broken pottery, but confine their research to the library reading some musty dusty out dated pages. It is they who were the ones making fun of the city of Troy, until the evidence became over the top, and then they did an all too typical debunker flipflop and claimed it was obvious that Troy once was. Fact is we now hear the debunker now pointing to ancient myths as evidence of the city that once housed the world's most beautiful woman. Well, ancient myths also talk about unicorns.

Posted by CosmicCarl at 6:15 AM No comments: 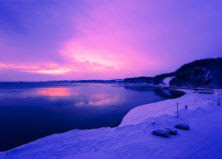 Surely, it is the dawn of a new era. The 19th century was an English era, the 20th century was an american age, but the 21st century is now. Is it a pacific period known as a pacific century or pacific age? Future is what we make of it, but we must be sure. People need to understand that the world, as in asia entering into a pacific age, is not set in stone; rather instead it is fluid always changing and becoming more.

Posted by CosmicCarl at 3:29 AM No comments:

Posted by CosmicCarl at 3:05 PM No comments:

Stock market was DOWn again. Not that this would surprise anyone. Hey it is only a little over 100 points, but gold is up. Ben says he is ready if there is any faltering in our economic WREAKcovery. This is a joke, right, no wrong.
Posted by CosmicCarl at 12:41 PM No comments:

RMC 136a is 300X our suns mass. This massive megastar is located in Tarantula Nebula which makes it the biggest star so far, and that is nice. I thank God for this big star that is so far away.
Posted by CosmicCarl at 9:41 AM No comments:

Oil cap is leaking and coast guard detects some seepage. Tragically, this means things are not good for the oil cap. We are so sorry. I believe the word sorry comes from full of sorrow. This is yet another bad experience.

Perhaps using tensor coils is the answer. It seems that we have tried everything except an atomic blast to stop this monster seepage. Obama says blame BP, but don't blame me.
Posted by CosmicCarl at 6:22 AM No comments:

Collapse of earth's upper atmosphere does puzzle men of science. Perhaps we are seeing something that is going to turn into bad news. What are the consequences. Hey, I am not sure. It could be minor. However, it could also be related to 2012. Scientists have no theory for the collapse of our upper air.
Posted by CosmicCarl at 9:33 AM No comments:

With official unemployment near 10%, it would be great if we get more jobs via electric cars. The problem is that China will probably get most of these due to its lower wages. That means the rust belt will continue to rust in america. Higher taxes and a business unfriendly administration will higher unemployment mean. Besides, there are few pipe dreams as foolish as the electric car. It is too heavy, and too expensive. Carbon tax will make electricity very pricey. Not doubt these electric cars will be power via wind mills or unicorns.
Posted by CosmicCarl at 3:58 AM No comments:

Don't bank on it

Friday six banks failed making the yearly total 96. There were 140 failures last year. This year we could see over 200.
Posted by CosmicCarl at 5:52 PM No comments: 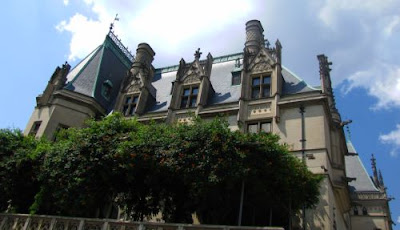 Rich get richer they say. Banksters got billions in bailouts, but not one penny for the poor. Yeah, I said not one penny. Citigroup says its profits falls 37%, but that does not sound like a recovery to me. OK, so much for our improving economy. In fact, it feels like we never left our severe recession.
Posted by CosmicCarl at 5:54 AM No comments: 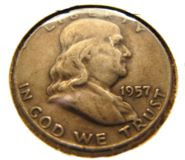 Hey, you could say there is a silver lining coming. I predict that future silver prices will go up. Fact is that they are near 20 now. A good bet is the possibility of silver prices going up over 25 in 2011 or even sooner. Silver has been a laggard of late with gold getting all the glory and then some. Things look like they will turn around, again.
Posted by CosmicCarl at 3:14 AM No comments:

A short history of the great depression will tell us its sad saga. People who choose to ignore reality must face the consequences. There has been a dramatic decline in production in america. This will increase as more factories are move overseas. Sadly, politicians love to ignore. They said back in the 1930's - prosperity is just around the corner. Well, that echo still rings. Basically, the song of recovery our nations sings. Folks, there is no recovery. Big biz is lying to you. Sales are down and will go lower next year.
Posted by CosmicCarl at 3:07 AM No comments:

Will the future have no puppy? Perhaps, you need to look down the road some. At one time it was OK to own a person. That is not the case now. It will be illegal to own fellow creatures in the days to come. At first some will use robot pets, like a robot puppy, but that idea of a pet will become repugnant to the many.

Here are some future pet predictions for you. People will not even think of owning a dog or eating a cow. Everyone will be vegan. It will not be a choice like now.
Posted by CosmicCarl at 7:26 AM No comments:

Roman Polanski is free now. Hey folks, what can we say. This may come as a major shock to you. Actually, Roman Polanski is free because extradition request was rejected by swiss. It reminds me of Michael Jackson in that national laws do not apply if you have money. Laws are only for the poor.
Posted by CosmicCarl at 6:30 AM No comments:

China exports surge 44% in latest jump. This is because people are going to the dollar store to save money. Well, most of the junk there is cheap stuff that says MADE IN CHINA in big bold letters because we shut down our factories and move them overseas. OK so we shrink while China continues to grow. This cannot be good news.
Posted by CosmicCarl at 5:51 AM No comments:

BP is trying on a new cap. It should have a tighter fit than the old one. Not sure when BP will remove cap. Thankfully, we are far away. Still, many people live in the affected areas.

Posted by CosmicCarl at 3:05 PM No comments:

What a week it is. The dow is weak due to europe. Problems are many. Sadly, solutions are few now. In fact, we do not see any. Perhaps in the future we will think of some.
Posted by CosmicCarl at 7:38 AM No comments:

I love narnia movies. Well, get ready for a new one. Hmmm, narnia, voyage of the dawn treader is the hot new gossip. This could be a good one. Sadly, only two of original actors are in. It is the two younger ones. Hey, guess the other two are too old and people like young. OK, in any event this can be a great movie. The thought of a dimensional doorway make for a happy me. Get ready for a new voyage.
Posted by CosmicCarl at 5:49 AM No comments:

I wish there was an end to our wars. That we could all live in peace. Sadly, human crave war. Fact is that we have to exist in peace. Action and adventure seem to be what we crave. Perhaps this is seen as a war on nerves. This mean fist fighting in boys that are seven. However those boys grow up.
Posted by CosmicCarl at 5:42 AM No comments:

Turkey says that they will sever ties with Israel unless an apology is issue. Folks, this is a matter of the ability of Israel to survive. The is of importance max major. I am saying it is prime. Not some ties Turkey will sever.
Posted by CosmicCarl at 7:52 PM No comments:

Folks, congress fails to restate jobless benefits once again. This should not be a major surprise. What else can jobless expect from our congress men. Most are corrupt to the core. Billions for the banksters, but not one penny for the poor.
Posted by CosmicCarl at 6:51 AM No comments: